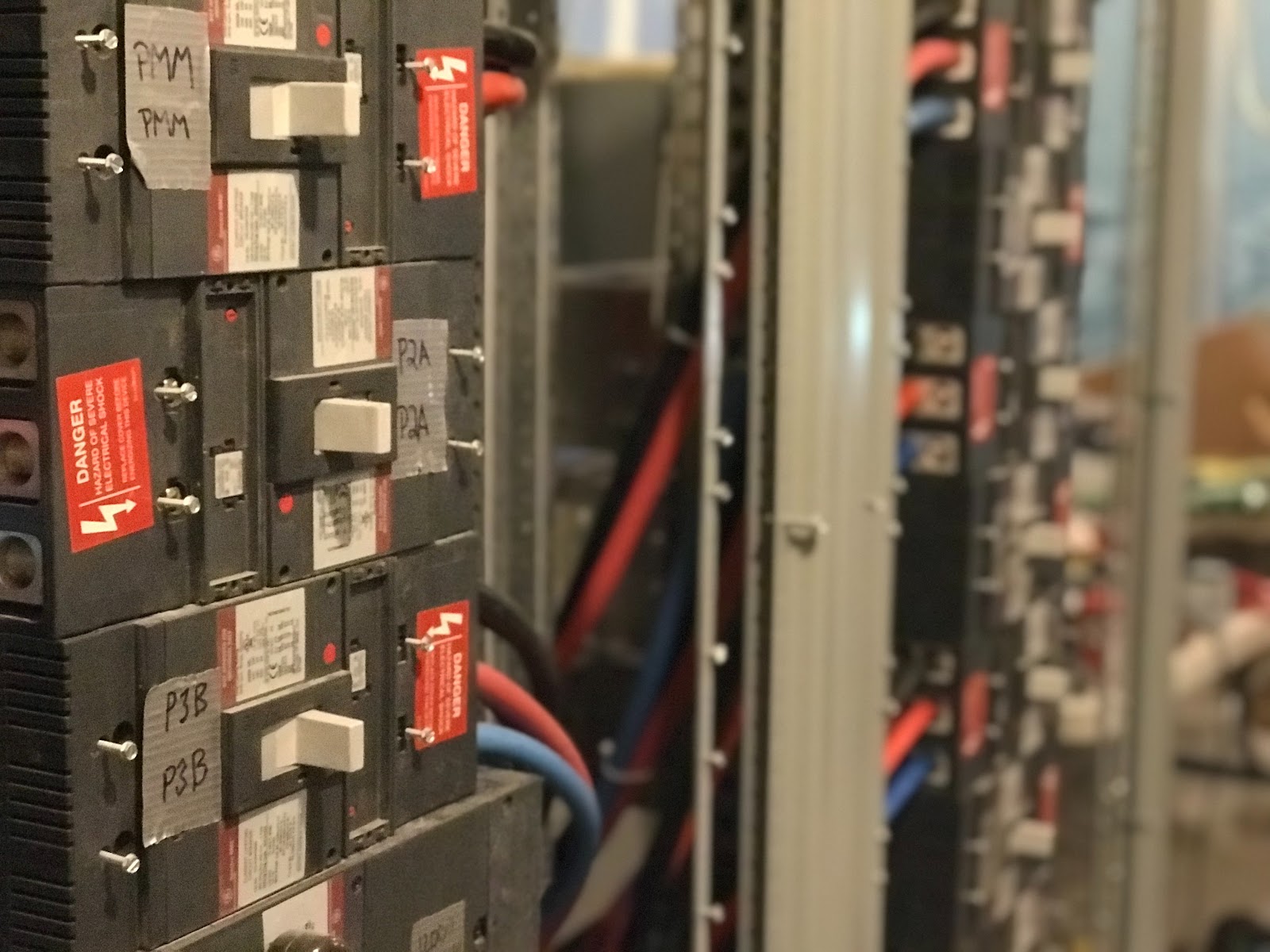 Image by Troy Bridges via Unsplash

Safety should be the primary concern when working on anything with electricity within the home. It is recommended to always get a professional to do any work with electricity. On that note, all buildings are fitted with at least one electrical panel, which receives electricity from the utility company and distributes electric current to various rooms within the building. Subpanels can run off the main panel, allowing you to adjust current distribution, but can you run a 100 ampere (amp) subpanel off a 100 amp main panel?

You can run a 100 amp subpanel off a 100 amp main panel because the total can be up to twice the amperage of the box, meaning you could run a subpanel of up to 200 amps. What’s critical, though, is that the subpanel is safely and correctly connected to the main panel and that you don’t overload the service panel.

In this article, we’re going to explore how electricity functions in your home, how much is required to power the appliances you use, and why you may need a subpanel. We’ll look at the role of main panels and subpanels and explain how they work together to provide your home with the power you need.

If you want to find the best sub panels, click here.

How is Power Fed to Your Home?

Power originates from a generating station, which uses either wind, coal, natural gas, or water to generate electricity. The power then travels through transformers that increase the voltage, allowing it to travel long distances along the transmission lines that run throughout the country.

From there, power transfers to a substation, which lowers the voltage to allow it to travel along smaller lines. These lines travel to your neighborhood, where it enters another transformer that further reduces the voltage, allowing occupants to use it safely in their homes.

Electricity then arrives at your home either through a power line or an underground conduit. A meter is usually mounted where the power enters the house, allowing the utility company to monitor usage. Near that meter is the main panel, the central distribution point for all the circuits that run throughout the house.

Image by maxmann via Pixabay

The main panel is also known as the distribution board, breaker panel, or electrical panel. Each circuit, which powers every light or appliance within the house, runs from this main panel and back again.

The current begins at the main panel, travels to the appliance along the circuit through a hot wire, and then returns to the panel along a neutral wire. Any interruption in this process would result in a loss of current.

In addition to the hot and neutral wires, there is also a grounding wire that returns to the main circuit and acts to prevent electric shocks by diverting any hot wires that may short-circuit (source)

Sometimes called the breaker box, most medium-sized homes are fitted with a 100-amp main panel. This amperage is sufficient to power a home smaller than 3000 square feet if it doesn’t run air conditioning or use electric heat (source). Larger homes, and more modern homes, are generally fitted with 150 or 200 amp main panels.

The location of the main panel is usually inside a steel box with a door or panel, inside of which are the house’s circuit breakers. You can switch these breakers on or off, and each breaker controls an area in the house or a specific appliance.

Ideally, you should have each breaker labeled so that you know what area you are dealing with in the case of something tripping a switch.

The breakers are usually arranged in two columns and are numbered from left to right and top to bottom.

Each switch inside your main panel runs a specific circuit. Electrical circuits are designed to take a particular amount of electrical load. For example, circuits that run to bedrooms and living rooms typically only power lights and plugs running small appliances. These are usually on a 15-amp circuit.

Kitchens, bathrooms, and laundry rooms that are likely to run items requiring more power will typically run on a 20-amp circuit. Some major appliances will even need a dedicated circuit just for themselves, especially if they draw more than half the circuit’s capacity.

Circuit breakers are switches that protect each circuit from damage, which can be caused by too much electrical current or a short circuit.

Trying to run more power through a circuit than it’s designed to hold is dangerous and can result in electrical fires. Circuit breakers can detect the increased current and trip the power to stop its flow.

The only main difference between main panels and subpanels is that they don’t have a circuit breaker switch to shut off the panel because the main panel controls them.

A subpanel is connected to the main panel by a feeder cable, which is a thick three-wire cable, two hot wires and a neutral, as well as a copper ground wire.

The decision to add subpanels is usually because the main panel has run out of space to install any more circuits or to have an additional control point for a specific area, such as a home office or separate apartment.

If the purpose is to add space to the main panel, the installer will usually place it alongside the main panel. If the goal is to serve a specific area, then it will likely be located in that space. Subpanels typically have between 4 and 12 slots to add circuit breakers for additional circuits.

When sending power to a remote location, a subpanel can reduce costs, as it only requires a single circuit from the main panel that can then be fed out at the new location.

When installing a subpanel, the central area of concern will be power capacity. The subpanel needs to be able to adequately supply the circuits that are being installed with power, and the main panel must have sufficient unused capacity to supply the subpanel.

Depending on what you are trying to power with the subpanel, you might need to upgrade your capacity from a 100A main panel. However, it is essential to calculate how many amps you are using between all the breakers on the existing panel to conclude how much power a subpanel would be able to utilize.

Certain systems or appliances use considerable amounts of electricity. Heating and cooling systems are the biggest culprits here, with HVAC systems estimated to comprise 46% of the energy consumption in US homes (source).

Next in line are water heaters and then large appliances such as refrigerators, washers, dryers, electric ovens, and dishwashers. Together, these items account for more than a quarter of most household energy bills.

Lighting and televisions or other media use surprisingly little power, making up less than 15% of the average spend.

To calculate amps, one needs to divide watts by voltage. Voltage is the pressure to move an electrical charge. Most household current is pushed at 120 volts, although some larger appliances will require 240 volts.

Watts refers to the unit of measurement for electrical power, or how much energy is released. Amps measures how much electrical current the voltage pushes per second.

A circuit with a 15-amp capacity will, therefore, trip if you exceed that load. If you were, for example, sitting in a room with the lights on and watching TV, that would only use a few amps from the circuit. If you then plugged in an 800-watt coffee maker, that would swell the load by a further 6.6 amps but still be manageable.

But, if you then add a 1200-watt space heater to the same circuit, it would trip because the extra 10 amps required would be too much. The excess load creates heat, which starts to bend the metal pieces inside the circuit breaker, causing it to trip and shut down the circuit.

Image by rgaudet17 via Pixabay

An article such as this cannot cover all eventualities and codes that apply in all countries and all local municipalities.

For this reason, as well as for the safety of you, your family, and your home, it is best to consult with a local electrician before any type of electrical work.

When electricity is concerned, a little bit of knowledge can be deadly, and it is not worth taking the risk simply to save a little money.

Any type of electrical work should never be considered a DIY job with little basic knowledge of electrical work. Before installing a subpanel, it is essential to consult with a professional to ensure that it will not overload your system. An inspector will need to approve the subpanel, the feeder breaker, and the wires used to connect it.

Subpanels can be an easy solution to increasing the number of circuits you have at your disposal within your home. They don’t require any major building work and are easy to install. However, it is important to correctly calculate the amount of power you will require at any one time to ensure that the system will be able to cope adequately.

Impact drivers are amazing tools that have become a staple of any handyman, carpenter, or woodworker. They are compact, powerful, and easy to use. Although it may seem like a straightforward power...

Continue Reading
link to Step-By-Step: How To Make Styrofoam Look Like Wood?

When the average person comes across Styrofoam, nothing creative happens inside their head. Maybe just the urge to punch through it like when we were children. Don't be fooled though, Styrofoam is a...

Hi! My name is Justin. I spend almost every weekend working on home projects to make my home more functional and fun. This can range from building shelves for the closet to building my Man Cave. This is the site where I will share all of the projects and the new tips and tricks I learn on the way. My hope is this site can help build those Hammer Addicts like me!

This site is a participant in the Amazon Services LLC Associates Program, an affiliate advertising program designed to provide a means for sites to earn advertising fees by advertising and linking to Amazon.com. We are compensated for referring traffic and business to Amazon and other companies linked to on this site. Also this site uses Google Adsense please check out https://policies.google.com/technologies/partner-sites is more information is wanted on how Google uses information from sites or apps that use Googles services.